Prime Video and the BBC’s new western drama, English, begins with an unhurried voiceover from Emily Blunt’s Lady Cornelia Locke. As the camera pans across a tidy room that doubles as a sanctuary to her old adventures, she quietly recounts, “If it weren’t for you, I would have been killed from the start. That’s how we met. That’s why we met. It was in the stars. She emerges from her Victorian mansion in London dressed in a funeral-worthy outfit, clearly reflecting on her past crusades with someone special. The monologue acts as a harbinger of the dark story about to unfold, promising intrigue, suspense, action and romance.

Unfortunately, the six episodes rarely evolve beyond their labyrinthine narrative. English frustratingly cares little about following a simplified arc, providing meaningful answers, or connecting the dots to the end. It’s hard because obviously it’s has all the makings of a classic western saga. But the pacing and plot development take precedence over the lingering sweeping shots. That said, the direction of series creator Hugo Blick, aided by cinematographer Arnau Valls Colomer and production designer Chris Roope, is hypnotic, and the show is visually stunning as it leaps from the dreary hues of 1890s London to a sunnier, arid American desert in 1875 to fill in the blanks. 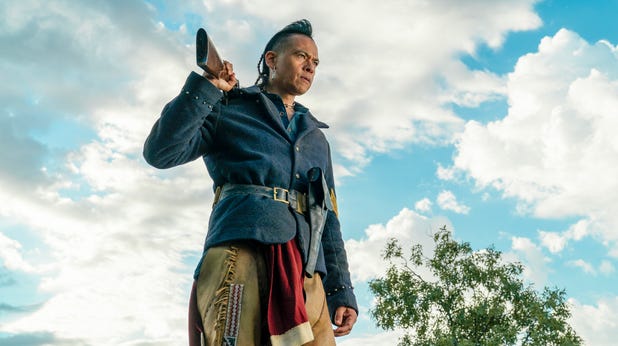 But back to the problematic route. Cornelia, who comes from a wealthy aristocratic family, arrives alone in the newly created territory of Oklahoma with a mission to avenge her dead son. How, when and where he died, how old he was, what he looked like – none of that matters until the finale. What’s important is Cornelia’s motherly devotion, which drove her to travel all the way to the United States to find and kill the man responsible for her death. For the most part, her undying love is the only trait she gets, and boy, does Blunt sell the hell out of it. The actor is in great shape, and catching his immersive performance – from the brief breakdown to the sharp fight scenes – is worth sticking to the show’s messiness.

English tries to build tension, which is essential for any mystery, but dampens the suspense with a structure that lacks excitement or even context. The first few outings, in particular, are painfully slow and boring. It’s a major chore to keep up with an overload of character introductions and their motivations, because it’s all up in the air. You can either try to decipher it, or sit back and hope it makes sense eventually. Luckily, all six episodes will be released at the same time to binge. 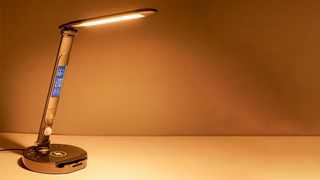 Recharge your devices.
The Lumicharge 6-in-1 has a universal phone docking station, compatible with Micro-USB and USB-C type phones.

Somehow, Cornelia finds herself in the barn of Richard M. Watts (Ciarán Hinds) during the premiere along with one of his captives, Eli Whipp (Chaske Spencer), and an effort to free him binds them definitively. Eli is a former American soldier and scout for the Pawnee nation who is at odds with his native community as well as the white men taking over his country. All he wants now is to reclaim a piece of land in Nebraska that is meant for him. This internal struggle in itself presents a compelling storytelling opportunity. Additionally, Spencer (best known for the Dusk movies) is a goddamn revelation; his quietly moving work is excellent, but English don’t take advantage of it.

Instead, Eli becomes entangled in Cornelia’s attempt at revenge, only to learn he may have ties to her sordid past. As their lives collide, Cornelia and Eli discover friendship (and possibly more) while battling stereotypical gender villains. These enemies range from the racist Watts of Hinds to the cruel David Melmont of Rafe Spall (giving a performance too cartoonish to be taken seriously) to a Native American couple dramatically played by Gary Farmer and Kimberly Guerrero. Their arrival in the third episode as John and Katie Clarke set the wheels in motion for a show that has dragged on to this point. The only other spark comes from Spencer and Blunt’s soulful chemistry, whether they’re stargazing, talking magic, or saving each other from the brink of death.

English features expected tropes like gunfights, confrontations, and luxurious settings of characters riding through the desert. Blick is invested in delivering a western odyssey, and Phoebe De Gaye’s costumes are equally up to the task. So it’s surprising that Mazzy Star’s 1993 song “Into Dust” is crammed into one episode. (Nothing takes you further from the Wild Wild West than the string guitar tunes often played on CO). The dialogue is also far too cheesy, with Blick’s writing jarringly shifting from millennial grimace to old-school romance.

There are hints of a deep and poignant story hidden within. The English, like Eli and Cornelia struggle to retain part of their identity after experiencing tragedy. But the show wants to establish its Western feel so explicitly that the plot becomes an afterthought. It’s a tough hill for any series to climb, even one with a star turn from Spencer and arguably a career-best performance from Blunt.