Kevin O’Leary’s daily morning habit to save money sounds simple — but it’s not, the “Shark Tank” host and chairman of O’Shares Investments told CNBC Make It.

After waking up between 5 a.m. and 5:30 a.m. and working out, O’Leary spends an hour reading the news. He researches banks, reads articles and watches broadcasts from around the world to ensure he is up to date on global markets and current events.

This, he says, is essential for making decisions at work – and it helps him avoid costly mistakes.

“You have to invest in information,” says O’Leary. “If you make decisions without relevant information, I guarantee you will lose money 100% of the time. »

Spending an hour browsing articles on your social media feed may seem easy. O’Leary’s process is more rigorous. “The way you continue to be successful is to turn yourself into a good filter,” he says. “You have to be able to distinguish between what is real and what is not.”

O’Leary avoids stories with “ridiculous and outrageous headlines” during his daily morning news hour, no matter how appealing they sound, he says.

Instead, he opts for morning shows from Asia and Europe as their markets open earlier than Wall Street and signal the pace of his day ahead.

He also prioritizes all new peer-reviewed academic and scientific research relevant to his work, which is usually sent to him by the banks his company works with, he says.

Notably, O’Leary says he checks every piece of information he reads. He says he regularly watches clips of BBC morning shows and compares them to national headlines from the national media, and rejects any story that is not backed up by multiple sources.

“You start seeing typically five to seven themes a morning about what’s going on in the world,” he says.

Choosing which media to check each morning can be tricky. Experts often recommend nonpartisan media bias rankings — one of the most popular from media solutions company AllSides — as a useful tool.

Fact-checking can also go beyond comparing headlines from multiple outlets. Google has a free fact checker where you can search for keywords and check whether claims on social media or in blog posts are accurate.

Websites like FactCheck.org and PolitiFact offer similar services, with experts verifying or debunking public claims made in viral headlines, on social media, and in political debates.

Once O’Leary’s daily morning news hour is over, he tries to avoid media ‘noise’ for the rest of the day, he says – by refraining from checking the news again. news until at least 4 p.m.

“I find that people who do this in the morning and take 60 minutes a day to gather their information from various sources and do it consistently and routinely are more effective,” says O’Leary. “In the middle of the day, you’re wasting your time when you really should be doing your chores for the day.”

If you let the news and social media “bleed your time, you’re going to become a very ineffective person,” he adds.

Register now: Be smarter about your money and your career with our weekly newsletter

The rich don’t have the lottery spirit, says the CEO – here are 3 things millionaires do differently

Powerball’s $1.9 billion jackpot is biggest ever, but Mark Cuban and Kevin O’Leary disagree on what to do if you win 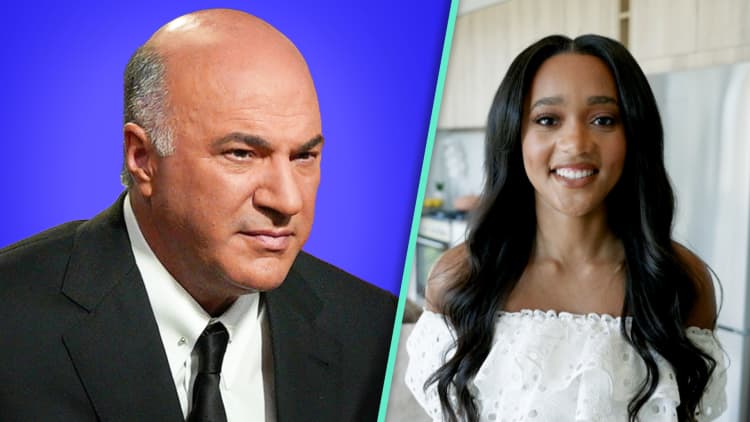