The new product family offers a processor with high-bandwidth memory, 4.8 times faster than the competition, and Intel’s highest-density graphics processor, to solve the world’s toughest challenges.

The Xeon Max processor is the first and only x86-based processor with high-bandwidth memory, accelerating many HPC workloads without the need to modify code. The Max Series GPU is Intel’s highest-density processor, packing more than 100 billion transistors into a 47-tile package with up to 128 gigabytes (GB) of high-bandwidth memory. The oneAPI open software ecosystem provides a single programming environment for the two new processors. Intel’s oneAPI and AI 2023 tools will provide functionality to enable advanced features of Intel Max Series products. 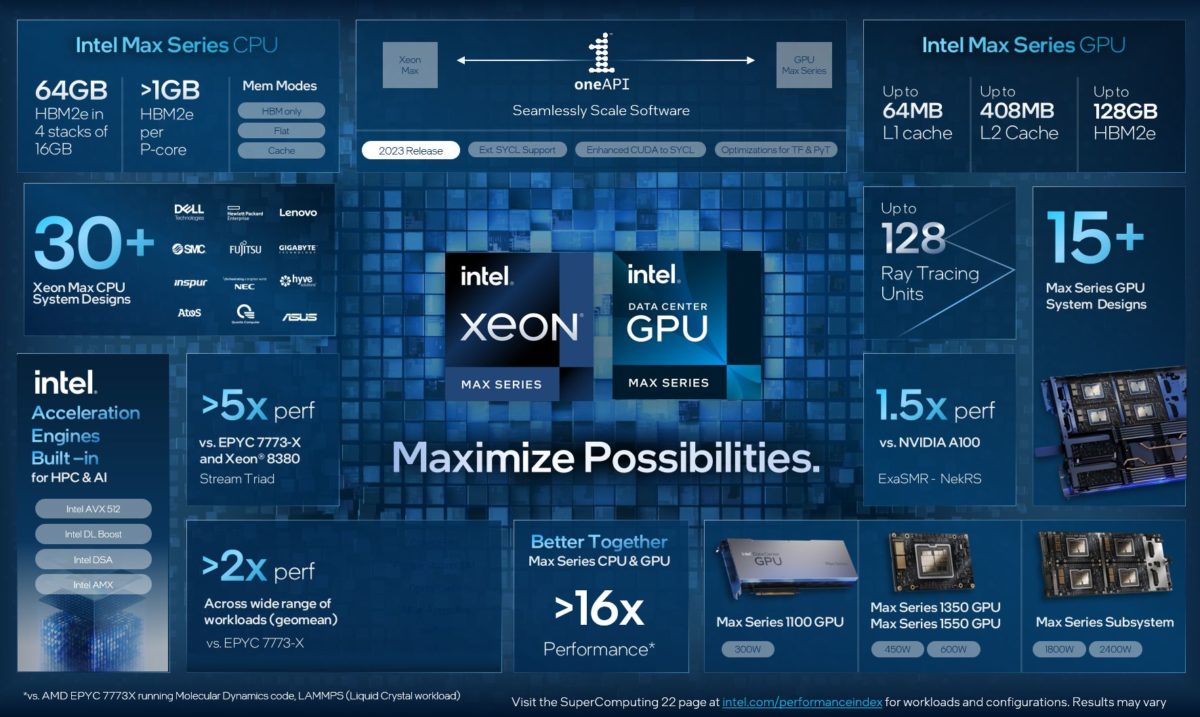 “To ensure that no HPC workload is left behind, we need a solution that maximizes bandwidth, maximizes compute, maximizes developer productivity, and ultimately maximizes impact. The Intel Max Series product family brings high-bandwidth memory to a wider market, along with a single API, making it easier to share code between CPUs and GPUs and solve the world’s biggest challenges faster .

Why is this important: High-performance computing (HPC) represents the forefront of technology, using the most advanced innovations at scale to solve the greatest challenges of science and society, from mitigating the impacts of climate change to curing the world’s deadliest diseases. 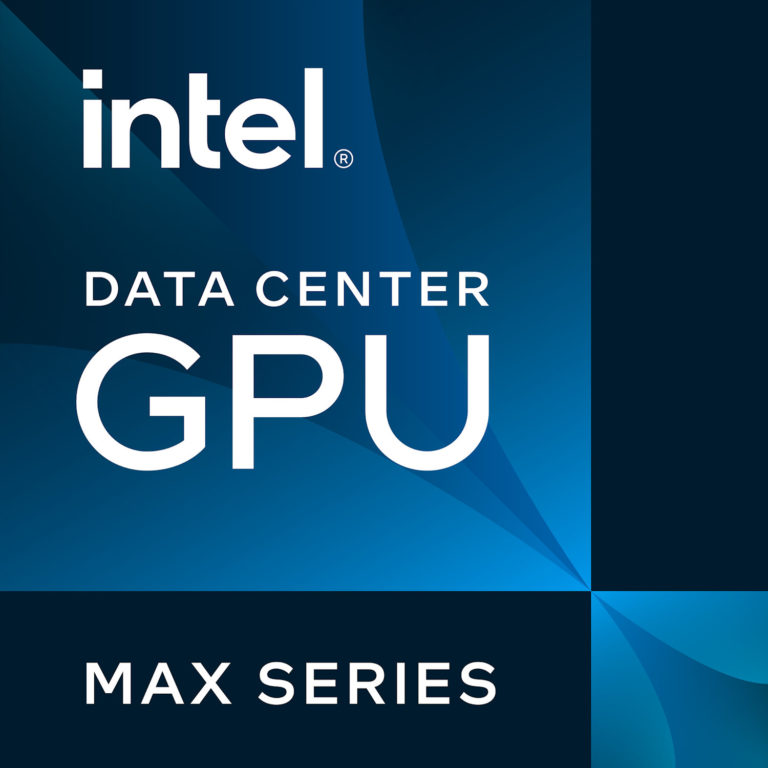 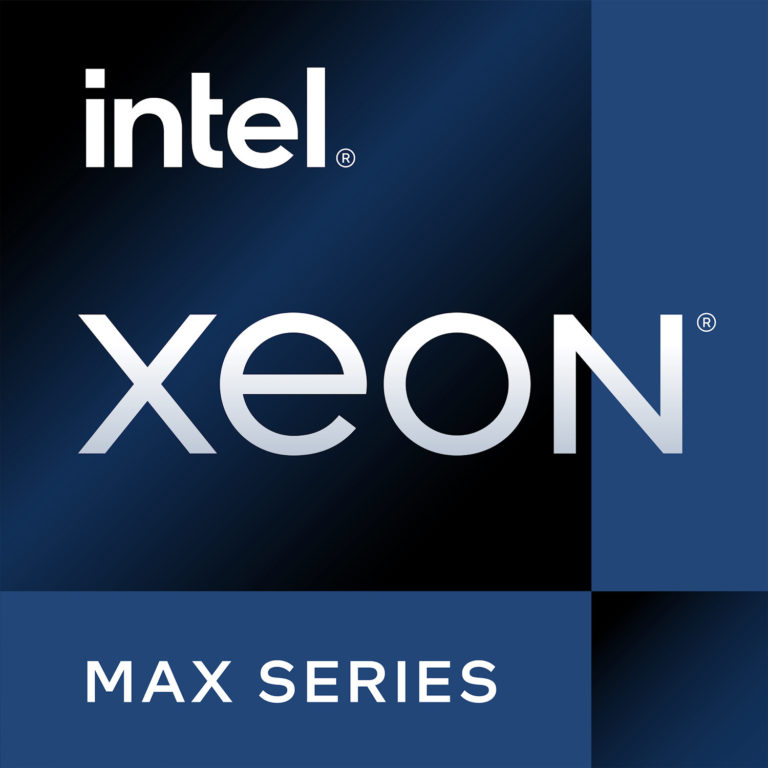 When he arrives : Max-series products are expected to launch in January 2023. In line with its commitments to customers, Intel is shipping blades with Max-series GPUs to Argonne National Laboratory to power the Aurora supercomputer and will supply Xeon Max processors to the Los Alamos National Laboratory, Kyoto University and other supercomputing sites. 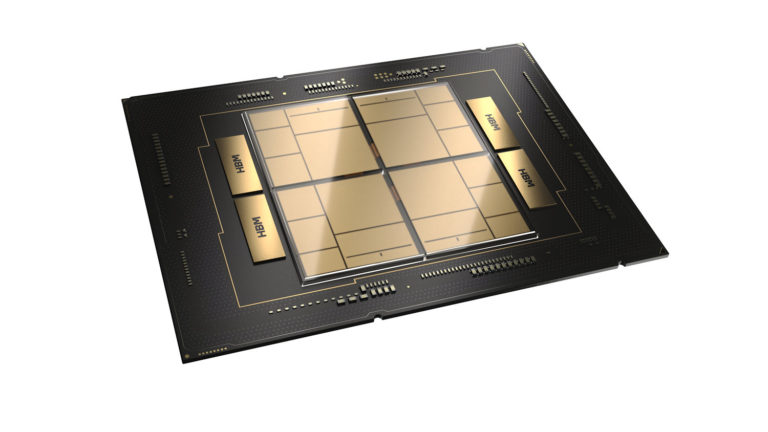 What the Intel Max Series GPU offers: Max-series GPUs offer up to 128Xe-HPC cores, the new foundational architecture for the most demanding computing workloads. Additionally, the Max Series GPU features: 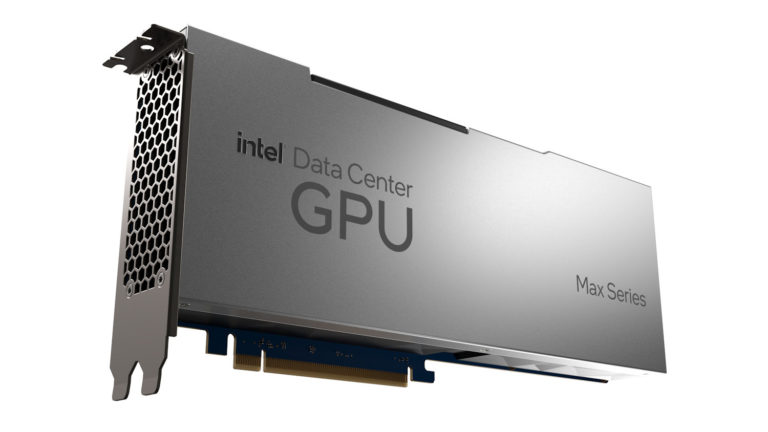 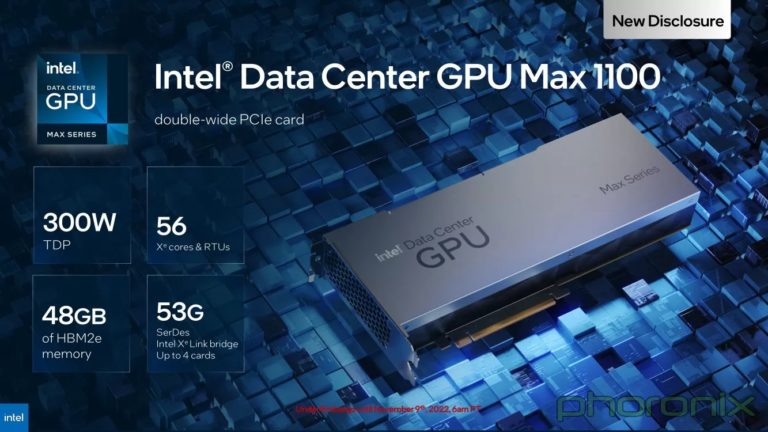 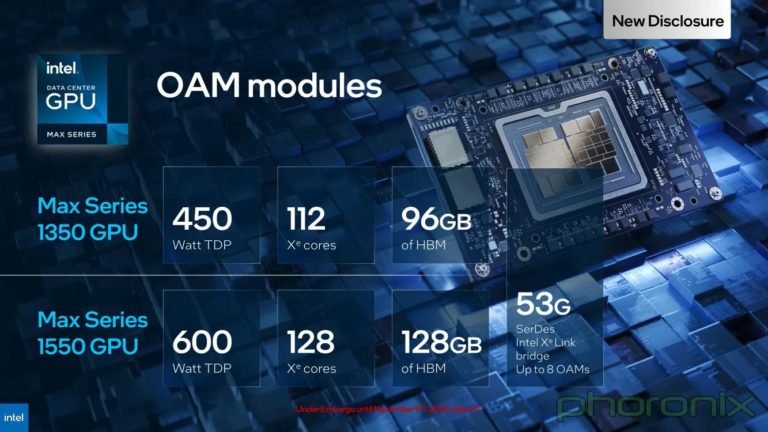 What Max Series products allow: In 2023, the Aurora supercomputer, currently under construction at Argonne National Laboratory, is expected to become the first supercomputer to exceed 2 exaflops of peak computing performance in double precision3. Aurora will also be the first to showcase the power of combining Max-series GPUs and CPUs in a single system, with more than 10,000 blades, each containing six Max-series GPUs and two Xeon Max CPUs.

Ahead of SC22, Argonne and Intel unveiled Sunspot, Aurora’s test development system comprised of 128 production blades. Aurora Early Science program researchers will have access to the system beginning in late 2022.

And after: At Supercomputing ’22, Intel and its customers will showcase more than 40 upcoming system designs from 12 original equipment manufacturers using Max Series products. Attendees can explore demos showcasing the performance and capabilities of Max Series products for a range of AI and HPC applications, as well as hear from Intel architects, customers, and end users about the power of the solutions Platform Manager at the Intel booth, #2428. More information on Intel’s activities at SC22 is available.

The Intel Data Center Max Series GPU, named Rialto Bridge, is the successor to the Max Series GPU and is expected to arrive in 2024 with improved performance and a seamless upgrade path. Intel then plans to release the next major architectural innovation to enable the future of HPC. The company’s next XPU, named Falcon Shores, will combine Xe and x86 cores in a single package. This revolutionary new architecture will also have the flexibility to integrate new IP addresses from Intel and customers, fabricated using our IDM 2.0 model.