In the Forrester living room, Hope tells Thomas he can’t try to kiss her — she’s married to Liam. 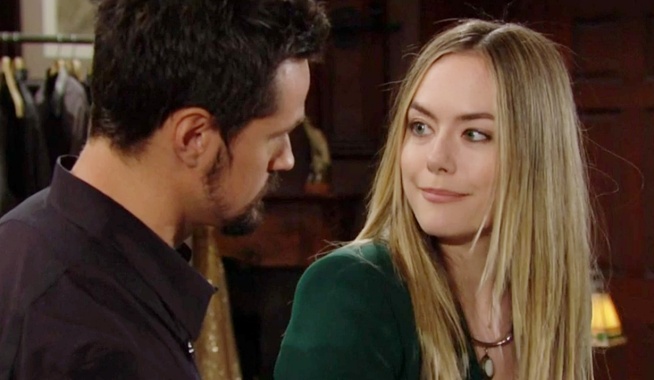 The Bold and the Beautiful Spoilers for November 7-11

In the cabin, and increasingly frantic, Liam leaves Hope a voicemail to call when she receives this. “I just want to know you’re okay.”

At the Forrester offices, Ridge looks proudly at the cover and photos of the Hope For the Future fashion show and reflects on her speech. Brooke appears and says as soon as she entered the building, she knew he was there. Ridge growls, “Logan.” Brooke could feel his presence after all these years of listening to him. He asks what happened to his hand. He was cutting something beautiful and the next thing he knew he was hurt. She is relieved when Ridge tells her about the criticisms on Hope’s line. She is less enthusiastic when he reports that they are talking about Thomas and Hope as the new Forrester dream team.

After: Taylor’s absence a missed opportunity

In the cabin, Liam assures Beth that her mom will be home soon and urges her to go back to sleep. He sighs, “Come on, Hope. Come to the house.”

In the Forrester living room, Hope tells Thomas that emotions are running high. She reiterates that she loves Liam and has no place in her heart or life for another man. Thomas sighs: “You’re right, the emotions are strong. I just thought it was our time. 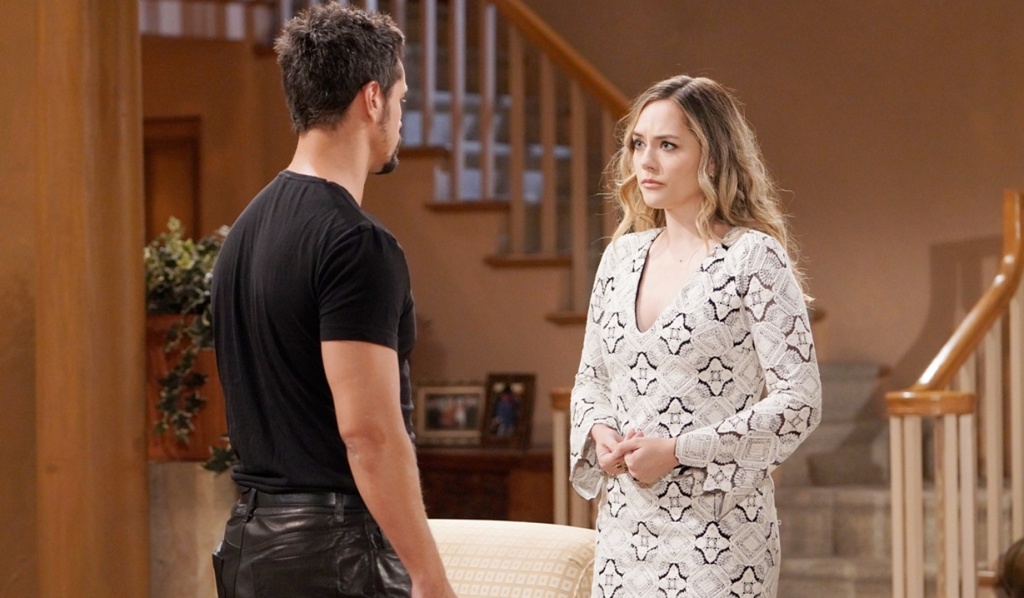 At the office, Ridge and Brooke agree that Hope sees the best in Thomas. Ridge feels there are a lot of good things about his son and accuses Brooke of waiting for him to be wrong again. Brooke is grateful for his work on Hope’s line and will leave it there. She asks about the after-show celebration at Eric’s. Ridge says it was great, but not the same without her. Brooke shakes her head and asks, “What happened?” I still don’t understand how we got separated. 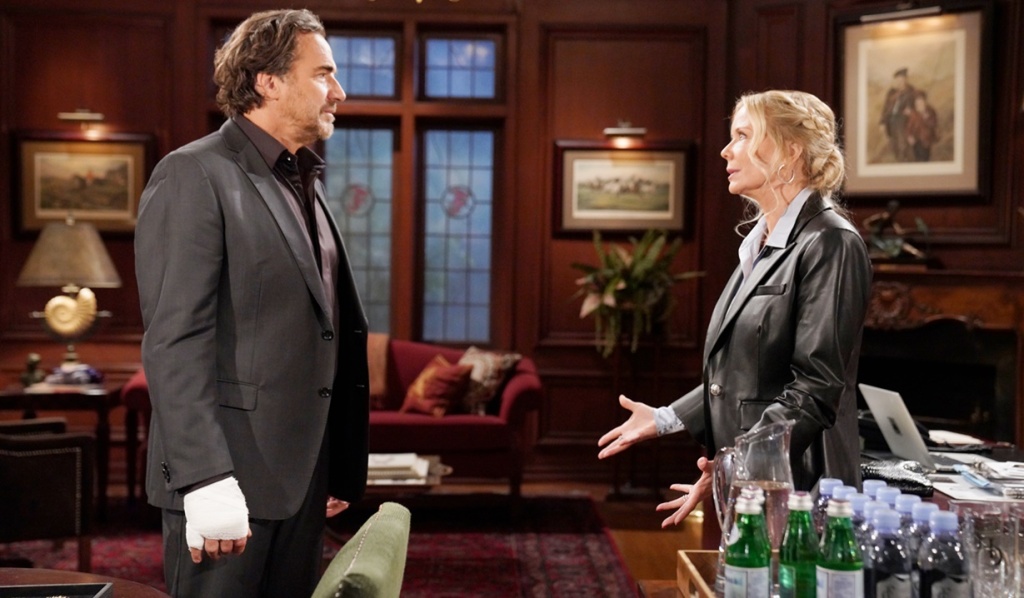 In the cabin, Liam calls Wyatt to come over and stay with Beth because Hope isn’t back yet. He has to go. He thanks his brother and shows Hope hugging Thomas at the show. 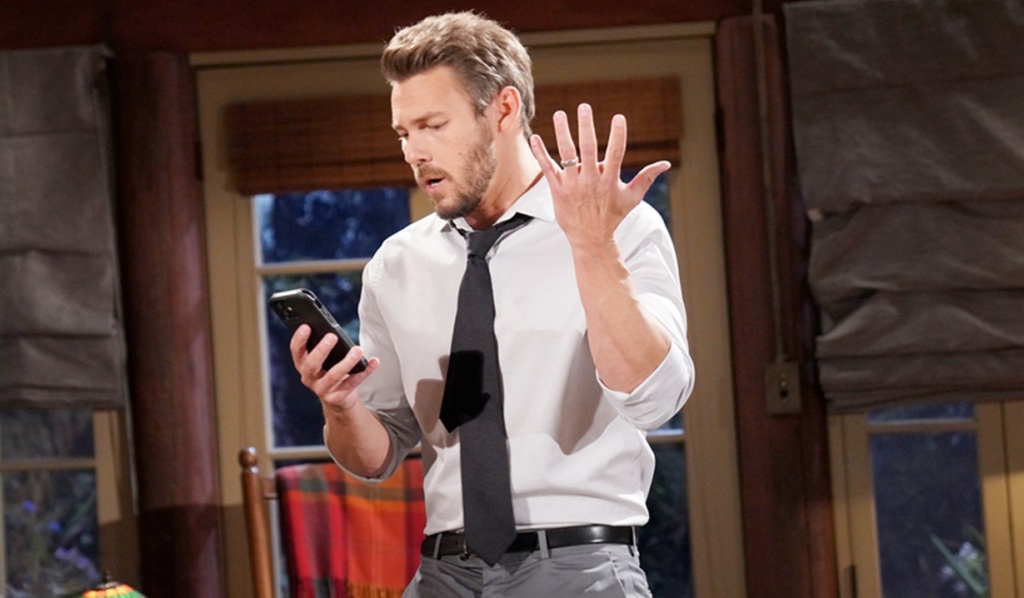 At Eric’s, Hope thought she and Thomas were on the same page and that he had changed. The sometimes changing Thomas hedges are not without growing difficulties. He always told her that he was a one-woman man and that woman was her. She can’t be what he wants. Thomas retorts that this is the problem, she already is. Hope doesn’t want to set him up for a fall. She reiterates that they cannot be a couple. Thomas wants to forget that it ever happened and suggests that she doesn’t tell Liam or his mother – it could negatively affect Douglas. It’s not like anything happened anyway. Hope smiles. She must be wondering how this will affect things in the future. “I need you to be honest, not just with me, but with yourself.”

After: B&B star opens up about meeting Liam and Brooke

Hope thinks they’re at a pretty big crossroads and asks Thomas if he can accept their relationship as it is. Thomas says he has done well so far. He recaps that everyone was celebrating them, which is exhilarating. He’s felt so connected to her lately…but trying to kiss her was a mistake and he doesn’t want to mess things up because of it. Hope repeats that she is married, so something like this will never happen again and can never happen again. She thinks they should keep it to themselves. Right now she’s going home to her husband Liam, and she’d like Thomas to tell Douglas she’ll see him tomorrow morning. Thomas congratulates her again on the show and she leaves. 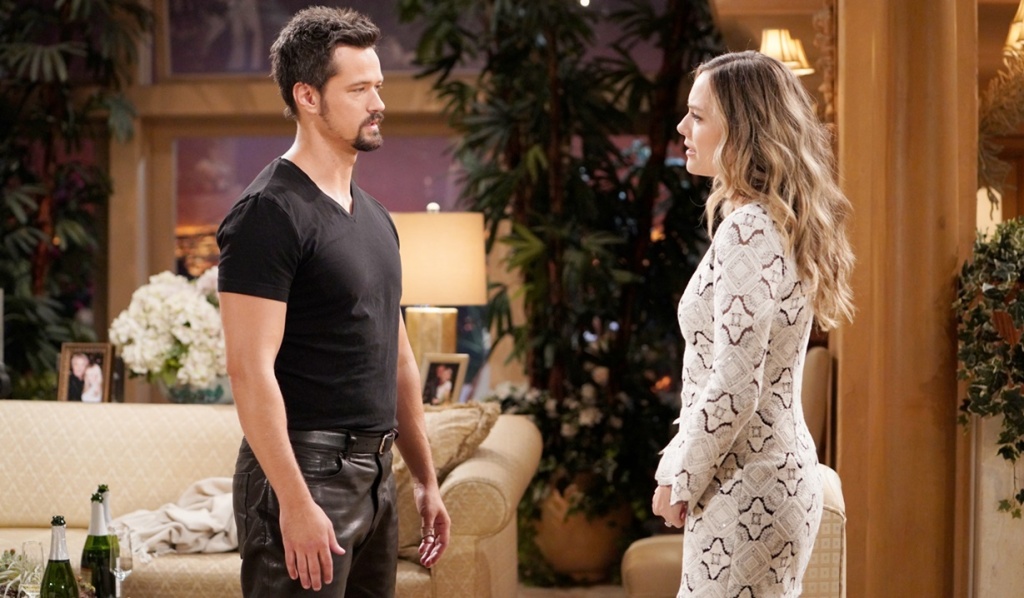 At the office, Brooke complains that Ridge’s actions were so random – he just left her and went to see Taylor, it makes no sense! Ridge doesn’t want to talk about it anymore. Brooke can see he still loves her – it’s in his eyes. She demands to know what happened, “What changed?!” Ridge says it’s pointless and they’re going in circles. Brooke wants him to come home and be able to open up when he’s ready. Ridge says, “I’m with Taylor now.” Brooke can’t hear that coming out of his mouth and reminds him that she’s his wife. “I’m not going to give up on this, I’m not doing it. We will be together again. Ridge shakes his head.

At Forrester Mansion, Thomas paces and mutters, “What was I thinking? Everything was going so well. He flashes to make the call to CPS and frame Brooke. “I took Brooke out of my dad’s life. Why did I think tonight was the night for Hope and me?

After: Exclusive! The B&B star reflects on those who got away

At the cabin, Liam is relieved to see Hope enter and explains that he was calling Wyatt to come. She tells him that her phone is dead. Liam says he should have stayed on the show tonight; he abandoned her as a husband. He needs to separate his feelings about Thomas. Liam fumes that his mind was spinning the longer the celebration took. He pulls her to him with relief that she is finally home. Liam thought she could make it through the night. Hope tells him there was no reason to stay once Douglas was asleep. They see the show as a success. Liam knows she wanted him there and he disappointed her. He explains that he was going to stay but he saw her with Thomas spending a moment, a little panicked, then left. Hope says he should have stayed, but she understands why he didn’t. Liam just has to believe that if he’s right about Thomas, he’ll show his true colors…and she’ll see them. 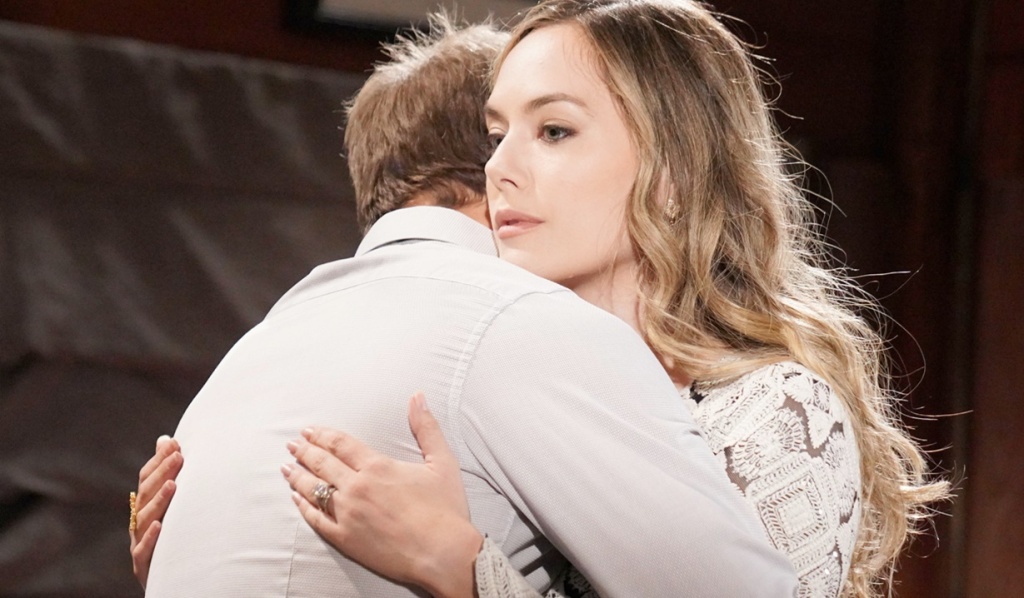 At the Forrester mansion, Thomas reflects on the fashion show and laments that he has hope. He remembers Hope’s warning that she is married, so something like this will never happen again and can never happen again.

In the cabin, Liam warns Hope that he will always be hyper aware of everything going on around her all the time. He just didn’t want Thomas and his obsession to hurt her again. Hope assures: “Thomas will not be a problem. I promise.” Liam kisses her.

After: Is Liam going to sleep with Brooke?!?

Next on Love glory and beauty: Ridge shares important news with a delighted Thomas and Steffy, and Brooke is taken aback when she learns the reason for Carter’s unexpected visit.

Bold and beautiful Don Diamont reflects on Bill’s women in the gallery below.

Please note that if you purchase something by clicking a link in this story, we may receive a small commission from the sale.

Did you miss today’s episode? Catch up via Paramount Plus.