sister wives tea was spilled all over The Interwebs on Tuesday, thanks to an unlikely source: Gwendlyn Brown!

Gwendlyn – who is the daughter of Kody Brown and his ex-wife Christina– hit up TikTok Live on her BFF’s account on Monday, answering fan questions about her mom, dad and siblings. She also seemed to answer questions about what’s happened since filming the current season of “Sister Wives”…including if one of Kody’s three remaining wives shot “one Christine” and left him too!

Gwen (maybe) spilled major tea when she answered a question asking if “only Meri, Robyn and Kody are together now”.

“Yes,” she said before backtracking a bit on the answer. “I think.”

As fans know, Christine left Kody last year and moved from Flagstaff, Arizona to Utah. However, many ‘Sister Wives’ viewers suspect that Kody’s second wife Janelle has also since left him. When Logan Brown– Janelle and Kody’s son – got married last month, fans noticed Janelle sat in the front row at the ceremony, while Kody sat with Robyn in the back. Given that the groom’s mother and father normally sit together at their child’s wedding, fans found Kody’s seating choice odd and many assumed it was a sign that Janelle and Kody had broken up.

Gwen answered a few questions about marriage, as well as Kody’s wife, Robyn, and which siblings she gets along with and who she doesn’t. Ashley did her best to break what Gwen said into legible chunks!

Why Kody didn’t sit down with Janelle at their son Logan’s recent wedding:

“Obviously he sat next to his spouse‘ Gwen said, making it a point to only refer to Robyn as Kody’s wife and not Janelle.

Gwendlyn then confirmed that the seats at the wedding reception had been assigned. However, she said the seats at the ceremony – where Kody and Robyn were seen sitting together away from Janelle – were not allocated.

“It was great because there are so many people in the family who just don’t talk to each other, so Logan and [his wife] Michelle were so happy that we were all able to make it and just coexist.

On Gwen’s relationship with Kody and what he looks like in real life:

When someone asked Gwen if Kody was “as abusive in real life as he was on the show,” Gwen gave a surprising answer.

“It’s pretty much the same,” Gwen said, adding, “He’s a little nicer on the show.”

“Because we all play for the show, but he’s improved a lot since then. [this season was filmed]. He really heals and I’m really proud of him.

“I think the fact that he has so many women and forcing himself to believe in something he wasn’t really about makes him a more upset and unhappy person. But he’s really healing. He’s going a lot better. ”

Gwendolyn said she hadn’t seen her father since mid-October, on his birthday. She said Kody told her he was hurt when he saw Gwendlyn say on camera that she thought Christine and Kody should have parted ways a long time ago.

On whether Meri and Robyn are still close and what Meri is up to so far:

“I think [they’re still close]said Gwen, adding that Meri has found people to fill the void in her life where her family and husband should be.

“Meri is, like, a rare commodity in her friend group, so…you know how people ‘found families?’ Meri has found a family. Of course she shows up for us [in her real family] but she’s better with them so she tends to hang out with them more, because they’re nicer to her.

“I think Meri is a sweetheart. I try to be with her, but she’s super popular,” Gwen said.

On his feelings about Robyn:

When someone asked Gwen if she liked Robyn, she told her friend not to read the question out loud because she “don’t want to start anything,” but said the answer to that question was no.

(On Gwen’s new Patreon account, she wrote in the comments section of a post that Robyn is “worse in person” than what we see on the show.)

Gwen confirmed that Robyn’s only job is to manage whatever remains of the jewelry company My Sister Wives’ Closet. However, she also spilled tea on it.

When someone informed Gwen that the company’s website was down – and had been for a long time – Gwen said that Robyn was obviously being paid to be on “Sister Wives”.

“Otherwise, how would she pay the nanny?” she said with a small laugh.

On whether or not she has reconciled with her brother, Paedon:

As fans know, Gwendlyn and Paedon haven’t gotten along for years, due to an incident when they were teenagers when Paedon hit her little sister. (You can read about it here.)

When a fan asked Gwen if she would have a relationship with “Christine’s son” again (obviously meaning Paedon, who is Christine’s only son), Gwen made it clear that would never happen.

“The one not to be named? No,” Gwen replied, referring to her brother. “No, absolutely not. F**k that guy.

To find out if she gets along with her brother Leon:

Someone asked Gwen if she had a relationship with Leon, her only brother through Meri. (Leon recently announced that they’re transgender and use them/them pronouns, by the way.)

“We sat next to each other at Logan’s wedding. It was so funny because Logan texted me and said, ‘It’s okay to sit next to you. Leon? Are you guys close? And I thought, ‘You better sit next to Leon!’ »

How is Christine today:

“Absolutely yes, [she’s happy]. His life is so beautiful right now. I’m so proud of her,” Gwen said. 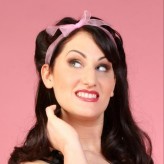