Covid cases have soared in China’s capital, Beijing, where many communities have recently been locked down or placed under stricter health surveillance as the country maintains its zero-Covid policy.

BEIJING — Three indicators on China’s economy in October beat expectations and marked a slowdown from September, according to data released Tuesday by China’s National Bureau of Statistics.

Retail sales fell 0.5% in October from a year ago – the first decline since May – and industrial production rose 5%, the data showed.

Analysts polled by Reuters had expected retail sales to slow to 1% year-on-year growth in October, and industrial production to also slow to 5.2% growth.

Capital investment for the first 10 months of the year rose 5.8%, slightly below expectations to maintain the same pace as in September, with a 5.9% increase year-on-year, according to the Reuters poll.

Since the beginning of the year, investment in real estate fell further in October, while that in the manufacturing sector slowed slightly compared to September. Investment in infrastructure increased slightly, to 8.7% year-on-year for 2022 in October.

The unemployment rate in cities remained unchanged from September, at 5.5% in October. That of young people aged 16 to 24 is also unchanged, at 17.9%. 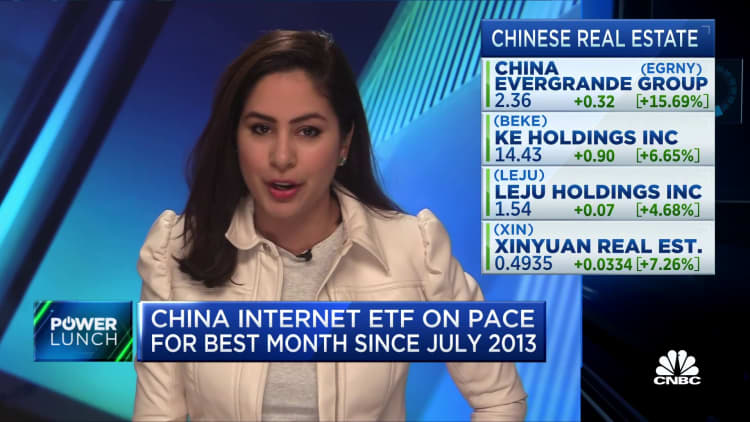 October’s slump in retail sales pushed the year-to-date figure down to just 0.6% growth. Appliances, food service and clothing saw some of the biggest sales declines last month compared to a year ago.

Car sales held up well with growth of 3.9%. Online sales of physical goods jumped 22% year-on-year in October, to account for more than a quarter of overall retail sales, according to CNBC’s calculations of the data.

He also said the so-called three pressures on growth have intensified.

Nearly a year ago, Beijing warned that the domestic economy was facing “triple pressure” – from falling demand, supply shocks and weakening expectations. Consumption was one of the weak points.

Fu noted signs of improvement in real estate, but said the sector remained on a downward trajectory.

Over the past few days, authorities have announced measures to support the struggling real estate market, according to financial media and official notices.

It’s unclear if the changes are enough, “but it’s clear policymakers now have the courage to take more decisive action,” Larry Hu, chief China economist at Macquarie, said in a report. .

Credit data disappointed, mainly due to the housing market crash, Hu said. He noted that household lending for the first 10 months of the year is half what it was a year ago.